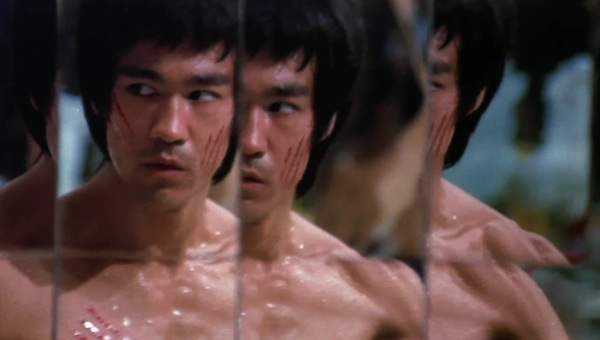 When my father died, I wrote an honest eulogy about the legacy of abuse and emotional unavailability he left behind. I wasn’t exactly processing his death as a means of saying goodbye, because I’d cut off ties with him nearly a decade previously. But the goodbye between us happened privately. And up until I wrote the eulogy, I never openly spoke about the depth of the hurt I felt about him. That’s how dysfunctional families operate. There are rules of engagement and one of the rules is that what happens in the family stays in the family. From this rule comes the next: you are meant to believe that the people who love you the most hurt you the most. There are slivers of truth in both of those statements. Everybody does not need to know everything about a person’s private life. And the opinions of the people we hold dearest tend to weigh more on our hearts than the opinions of strangers. But in dysfunctional families, those healthy guidelines are exploited and become strict rules that protect abusers and foster the suffering of the “secret holders.”

Even though I had already said goodbye to my father, I had managed to maintain a connection with my half-brother and half-sister. We never really spoke at length, but we were connected with each other on social media. We’d comment on each other’s updates, “Like” posts, etc. When I wrote the eulogy, I wasn’t thinking about how they’d react or receive it. I did know that they had different relationships with our father, but I suppose I expected that because I’d accepted that multiple and conflicting truths could exist at the same time, it would perhaps not be easy for them but that there would on a level be a respect for my perspective. After all, I lent that same respect to them. But not everyone is in the same place, so maybe I underestimated the outcome.

My half-sister, who had our father in her life and home a lot more than I did, decided to just outright block me without comment. I wonder about how that first rule is playing out for her, knowing that she saw and experienced both sides of the coin: the charmer and the abuser. I empathize with that, actually. The main reason why I attempted so many times to “make good” with my father in my 20s was because I couldn’t decide which of those sides was the “real him.” I wasn’t ready to accept that both sides fed each other in a dangerous symbiotic relationship.

My half-brother wrote me to express his disapproval of my eulogy. He attempted to gaslight the abuse and toxicity that my mother and I experienced because he’d never experienced it. Sidebar: I can’t help but take a moment to address the nature by which misogyny and patriarchy operate. It is damn near invisible (i.e. too normalized to be viewed critically or seen but embraced with a “can’t beat ‘em? Join ‘em!” attitude) to the people who benefit from it the most–csigender, hetrosexual men. All of which, to my knowledge, apply to my half-brother. The rest of his note was rooted in misinformation that our father likely fed to him to maintain the status quo of their relationship. I suppose it is easier to overlook red flags if you’re sold the idea that everyone else is colorblind and only certain people can see that they are, now that you mention it, a gentle shade of green–proceed to disregard. At the close of his note, he followed suit with our half-sister and blocked me as well.

So while my father’s death hasn’t exactly stung me, and I recognize that the aftermath of my truth-telling about his legacy is straight out of the dysfunctional family playbook, it hurts to have lost a connection with my half-siblings. When I broke the news to my mother about my father’s death (yea, it was challenging having to be that messenger), she said, “Your father had a lot of issues, and I have had my own shortcomings as a mother. But you are the best of both of us.”

Upon reflection, I realize that I adored the connection I had with my half-siblings because I saw the best of our father in them, too.

In my half-brother, I saw a manifestation of our father’s intelligence (the man had 5 college degrees!). Though our father never committed himself to one career or one focus, he was a very book-smart person. My half-brother is a mechanical engineer who has worked on projects from tricking-out the Tampa Bay Buccaneers’ facilities to wiring businesses with the security systems that grant them the peace of mind to sleep at night.

In my half-sister, I saw a manifestation of our father’s emotions. Though our father did not have a track record of expressing his feelings in healthy ways, he was an emotional person. He had a personal story that went untold. He was born to Mississippi sharecroppers who moved to Pennsylvania during the 1920s, a son of the first wave of the Great Migration. He was a highly educated Black man in America during a time when Jim Crow was law, Black malehood was feared and hypersexualized (and still is), and Black families were trying desperately to form anew, despite rippling effects from the systematic dismantling of chattel slavery. My half-sister is a poet and songwriter. She has an ability to capture deep emotion in a few lines. There is even more emotional depth between the lines of her poems and songs that one can only be intuited.

I don’t know if we will ever reconnect. I wouldn’t have chosen such an abrupt breaking point. But I don’t regret being speaking out. I don’t believe you can bury secrets or repress pain forever. I believe they dwell and show-up everywhere, slowly eating away at your spirit until they are unpacked and vanquished. You can’t kill a sickness by never saying its name.

I am disappointed by how many times my father dropped the ball or missed a pass because he was too busy picking-apart the passer. By how many times he responded to missed shots by leaving the gym altogether. I’m a parent too now, and I recognize that parenthood is far from easy, that having a child brings things to the surface about oneself that are so deeply rooted and challenge who we think we know ourselves to be.

I don’t subscribe to the belief that a child needs “a mother and a father,” or in a two-parent requirement, for that matter. But I do believe that a child deserves  to exist in a loving and nurturing environment. That they deserve that environment to be provided for them by at least one one guardian. That said guardian tries the best with what they have, and is humble enough to seek help when their best is not good enough. Help to acquire better tools to repair damage, because perfect is impossible. Children deserve guardians that are patient, forgiving, compassionate, and accountable–first and foremost with themselves. It is impossible to offer to someone else that which you have never offered yourself.

I’m disappointed, but not angry. I am hurt, but not vengeful. There are lessons to be learned from every life experience. Every moment we go on living extends to us a gift of wisdom and opportunity. I learned a lot about the kind of parent I want to be to my children from my father’s example. His gift wasn’t delivered with seamless wrapping and a matching bow, and no fanfare accompanied its delivery. I thought I needed to have a relationship with him in order to find the good in the 50% of the DNA I inherited from him, but my mother is right: it was in me all along. Intelligence, commitment, groundedness, and humility are my birthrights. I am here today to reclaim those rights and affirm them each and everyday in my children.

View all posts by azureeharrison